When Clarion Associates works with our partner communities to update their zoning ordinances and comprehensive plans, one value that is nearly universal is a desire for simplicity. And it should be! Communities come face to face with the complexity of these documents all the time. Members of the public may come to the counter with questions about unfamiliar terms. Decisionmakers wrestle with divining the intent of long forgotten initiatives. Over time, documents accrue amendments, changes, irregularities and inconsistencies. Making things simpler would clearly be better.

On a recent project, however, we found that agreement that simplicity was important was not enough to get the job done. We were talking past each other, because we did not agree on what simplicity means.

We were producing a land development code based on a traditional outline. Regulations were grouped together by subject, and additional details were added as necessary. Where a regulation was applicable in different contexts there were tables laying out cross-references between related standards. “Simple-to-find-the-answer” is the type of simplicity many communities request: A place for everything, everything in its place, and directions to find related material. So we exploded the old structure and reorganized the content to make it simpler to understand and find answers. But it turned out that was not what they wanted. 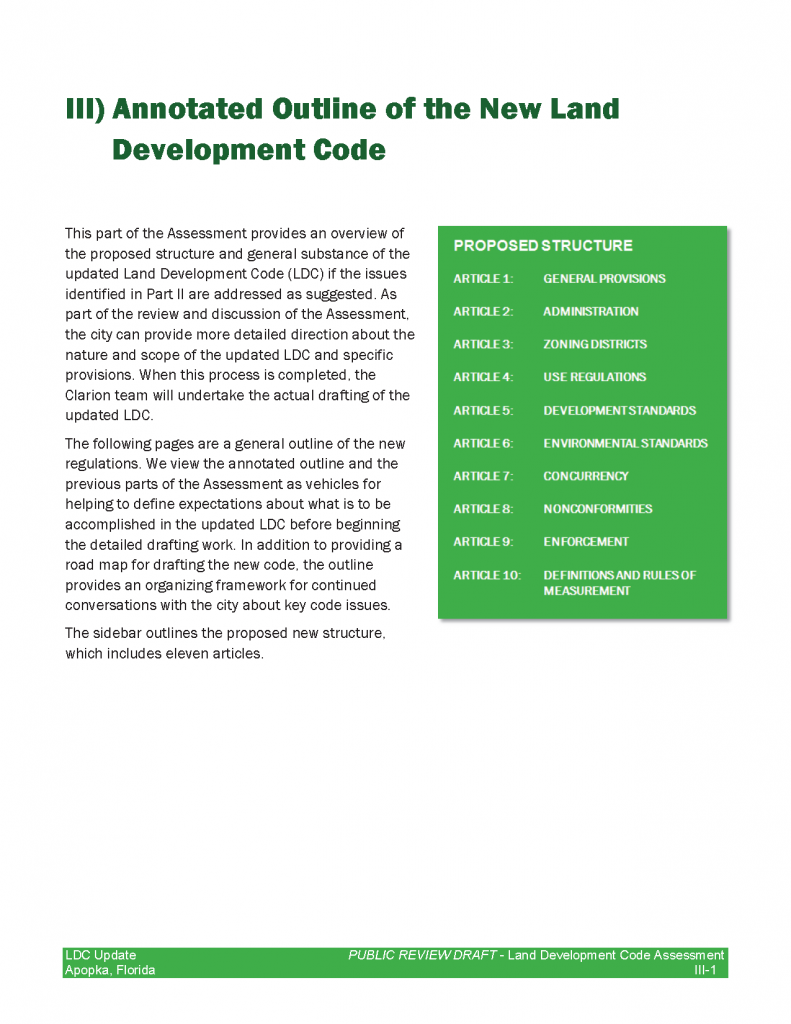 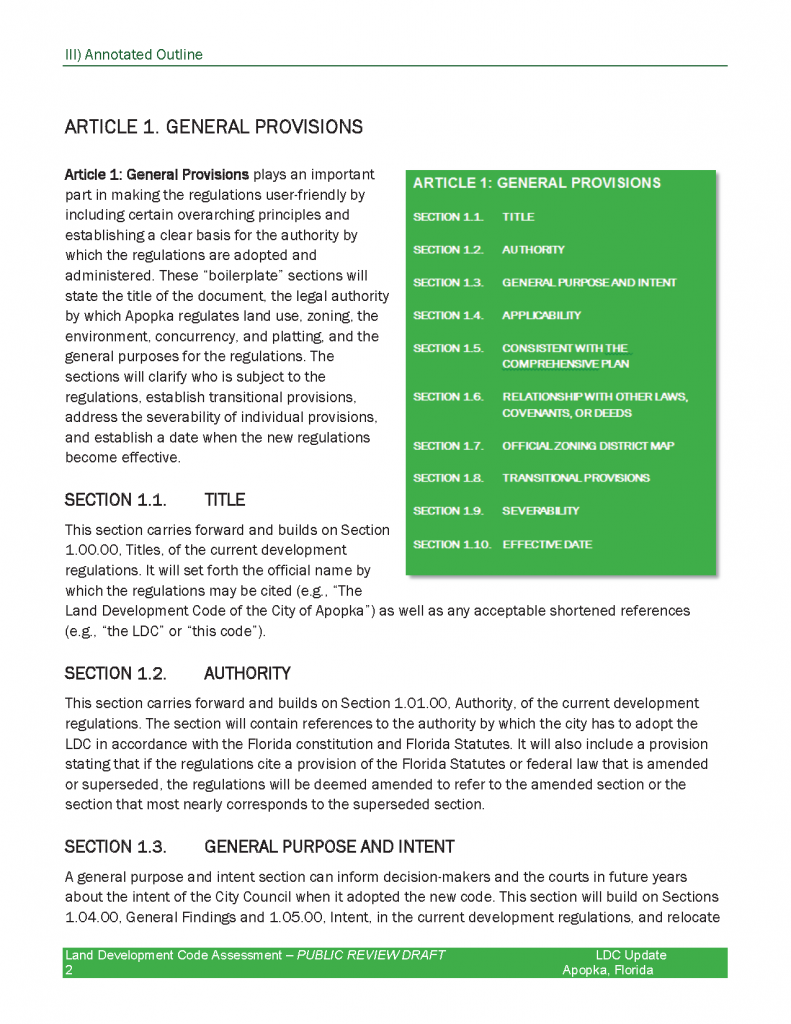 Although the old structure was not cleanly organized, it turned out that staff was comfortable with it, local landowners and developers knew it, and advisory boards had used it to make decisions. The new structure made it difficult to follow the process of making important substantive changes to their standards.  When the community said they wanted simplicity, they were actually excited about simple changes to their regulations—visible common sense and best-practice revisions where you could point on the page from what existed to what was new and see the improvement. For our client, a formula for calculating parking minimums with fewer steps, a change in a procedure to take an application to fewer review bodies, or an insertion clarifying an architectural standard was the form simplicity they had in mind.

We have since spoken to other community partners and discovered yet another desired version of simplicity: simple to modify. Essentially staff wants to hold the keys to future amendments to their regulations.  They do not expect the code to be perfect, but they want to be able to perform code maintenance in the future without hiring outside services of consultants. They are most excited that the document be modifiable with less training, and that the document has the right development knobs and dials to fine tune its content at a later date.

How many more forms of simplicity are out there? It doesn’t stop at three, but we have learned that when there is surface-level consensus on the need for simplicity, we need to ask a few more questions. We as planners know all about the slippery planner-ese words – how walkability, resilience, density, or affordability can mean different things to different groups if they are not clearly defined. Now we have rediscovered that the same is true of simple and simplicity.

If you are in a similar situation, the questions below might be helpful to clarify what type of simplicity you want: